Q4 saw rising virus cases in the United States, and stricter containment measures to match in many parts of the country. However, these measures failed to bring about a major rise in both delinquency and bankruptcy, as experienced earlier from large-scale state and national lockdowns. Higher delinquency rates are expected as pandemic support programs expire, we need more planning for post-pandemic business expansion, yet small business bankruptcy is not expected to rise due to government stimulus, resulting in strong ongoing credit levels.

The labor market remains the clearest source of trouble for the economy. December employment declined and was likely weak in January as well. Employment remains down by 10 million from its peak prior to the pandemic. Though the baseline forecast calls for an average of 341,000 jobs added per month over the course of the year, employment won’t return to its pre-pandemic level until 2023, according to Experian.

With a tight labor market prior to COVID-19, most small businesses reported that their biggest issue was available labor rather than taxes. After the election of President Biden, however, concerns about taxes began to rise steadily, and following the election more small businesses state that taxes are the largest issue. This trend is expected to continue into 2021, especially up until April 15th. 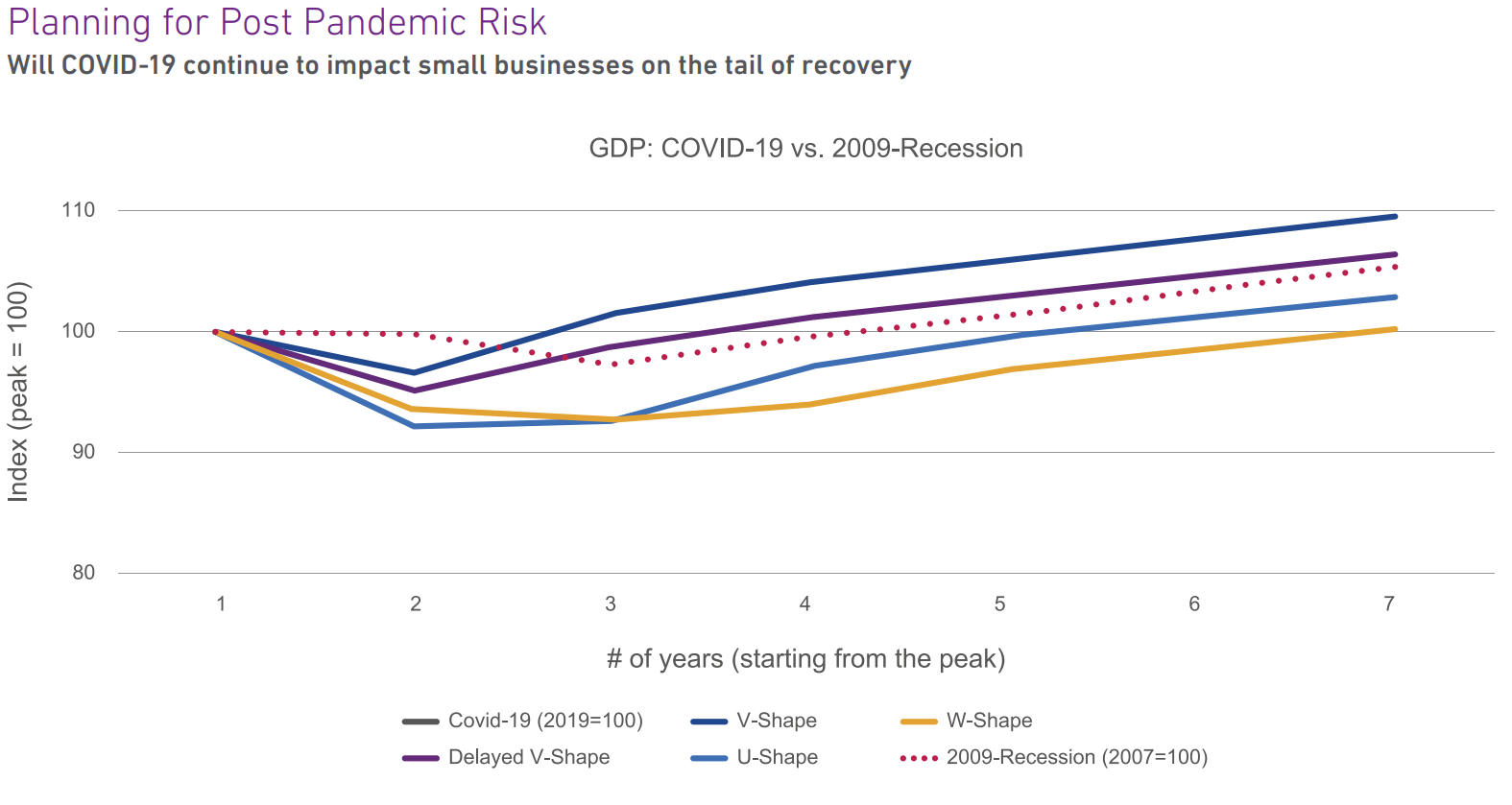 Every business will now have to deal with the new business cycle or Planning for Post-Pandemic Business Expansion, an unfamiliar pattern: small businesses take out lines of credit to increase their hiring, production, or operations through the most lucrative months of the year knowing recovery is on the way. With the government stimulus, which no doubt helped many small business avoid bankruptcy but the impact still unknown. History will tell us that all was perhaps a distraction rather a true intent to help not just the economy but those who were affected the most. Most of this stimulus slipped through some undeserving hands from organized crimes to international professional scammer. In 2020, the pandemic affected many things, including this business pattern, with both borrowing and hiring increasing. But for business reality will hit soon when the cost to operate a business that it’s becoming a barrier to entry to further detach the less fortunate from the American dream. 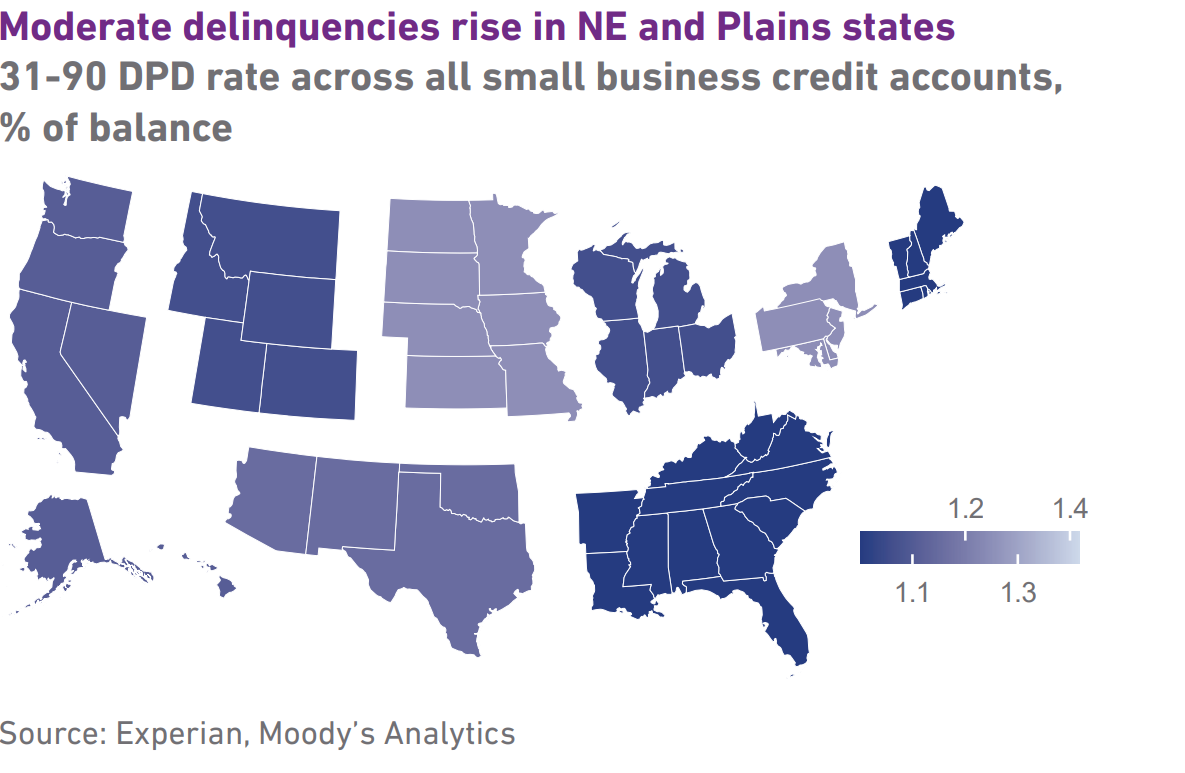 Delinquencies are expected to rise. 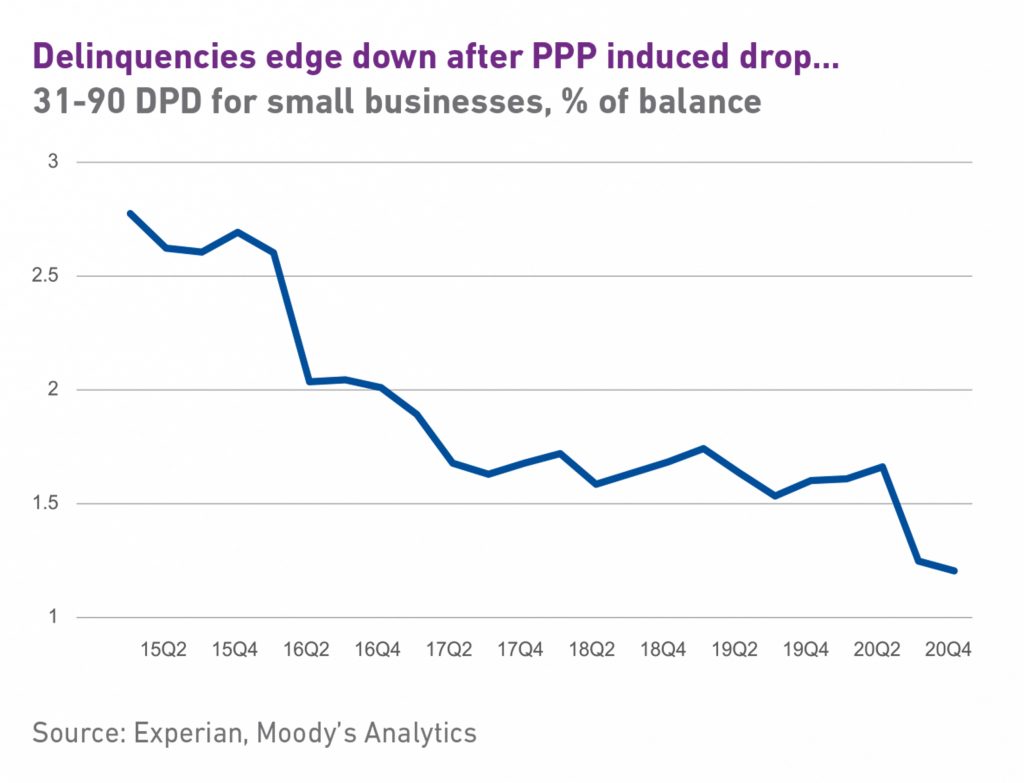 During and after the holiday seasons, small businesses have turned their attention from sales to taxes, particularly payroll taxes.

Small businesses continued hiring, with improvement over third-quarter payrolls, despite overall decreases of nearly 20 million payrolls for businesses with fewer than 50 employees compared to the end of 2019. Factors that will influence this improvement include:

Additionally, many small businesses noted that hires, expenditures of capital, and economic expectations all fell during Q4. Efforts to alleviate these struggles, including vaccine dosages and fiscal stimulus, failed to drastically improve the market’s opinions.

With less money coming in, some small businesses are choosing to weather the storm instead of taking out new lines of credit. 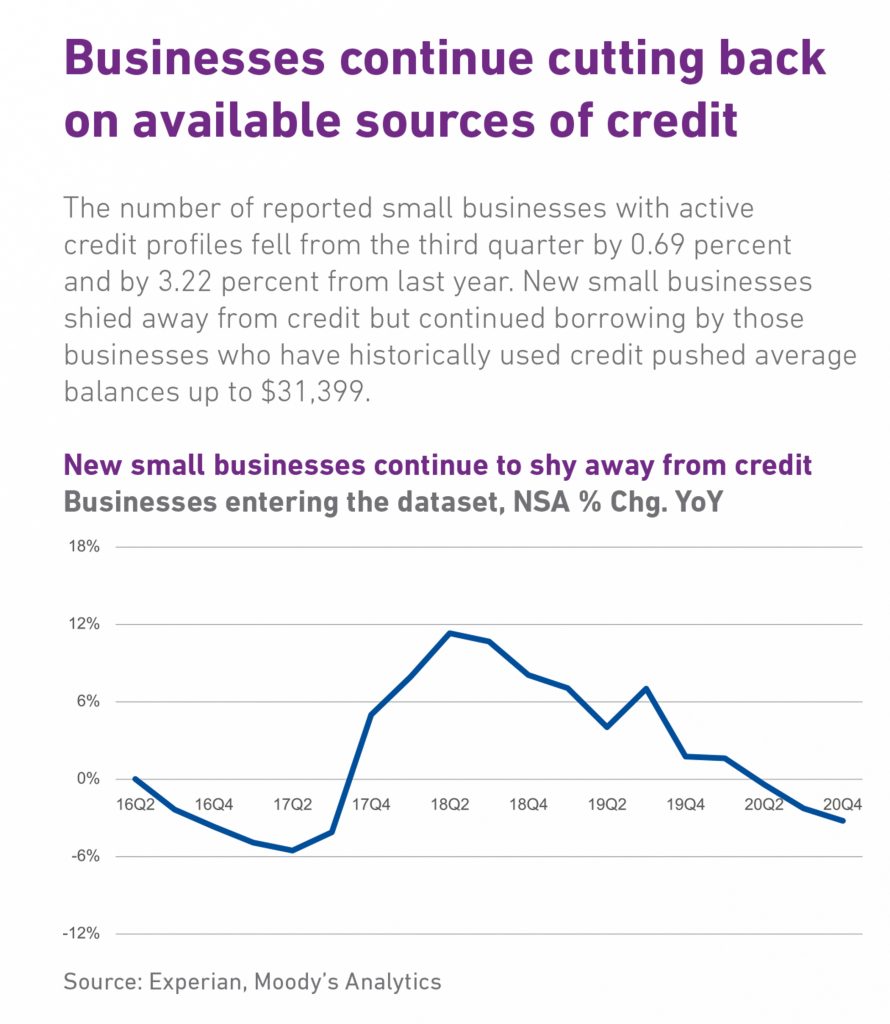 The Bureau of Economic Analysis regions found that delinquency rates declined throughout much of the country in Q4 except for the New England and Great Plains regions. Performance improved across all regions, however, as businesses continued borrowing to offset revenue shortfalls. 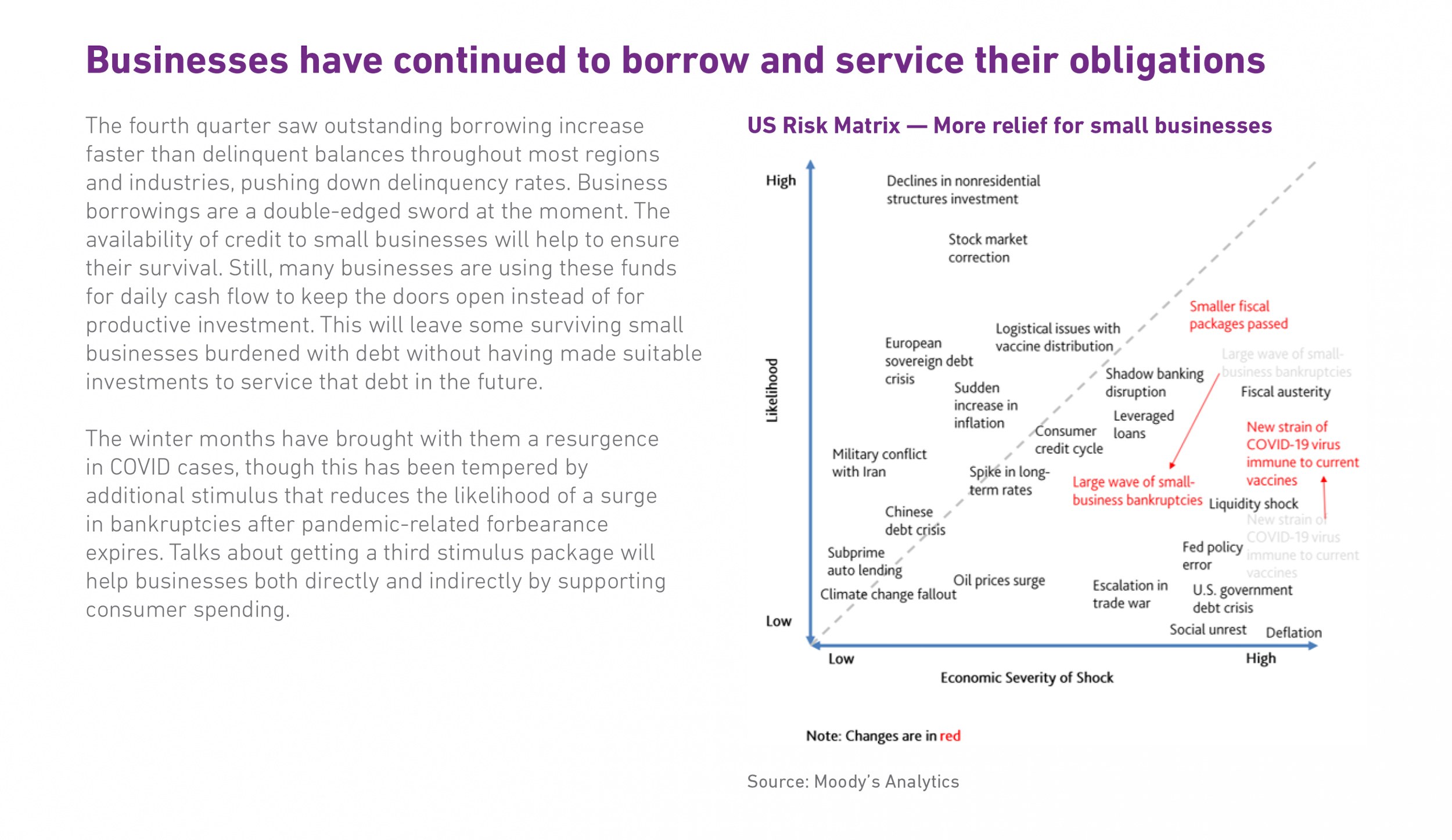 Looking for small business financing? The lending experts at Liberty Capital Group are able to help plan borrowing and expenditures to ensure your business has access to capital no matter the economic environment. No turn down fear. We accept all forms of credit and situation at no cost to apply. Instant alternative unsecured business loan quote.