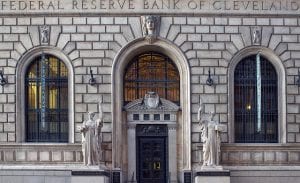 The primary function of a central bank is to provide the nation’s money supply, but more active duties include controlling interest rates (monetary policy), and acting as a lender of last resort  to the banking sector during times of financial crisis.

Since Wall Street began to wobble in 2007, the Fed has been engaged in an enormous effort to stimulate growth. As head of the Federal Reserve, Bernanke said earlier this year that it would hold short-term interest rates near zero through mid-2013 to support the faltering economy. The Fed said, last September, that it would also invest $400 billion in long-term Treasury securities over the next nine months, using money raised by selling its holdings of short-term federal debt, in an attempt to drive down interest rates on mortgage loans, corporate bonds and other forms of credit. Unfortunately, even though mortgages and small business loans are cheap, banks remain cautious and loans are not readily available to all, forcing many small businesses to turn to alternative financing options and institutions.

Despite the criticisms Mr. Bernanke faced, he managed to fend off efforts to strip the Fed of some of its portfolio, and it emerged as one of the big winners in the financial regulatory reform bill (Dodd-Frank) that passed in July 2010.

At the end of June 2011, Mr. Bernanke said that the Fed would take no new action to improve the economy. In October, after offering a grim assessment of the economy, the Chair said that the Fed stood ready to do more to support the growth, but emphasized that the rest of the government also needed to step up to the plate and act on problems including federal debt and unemployment  among other difficulties.

If your small business is still having trouble getting the financial assistance you need despite the low interest rates on loans, contact the Financial Specialists @ www.libertycapitalgroup.com, or call today: