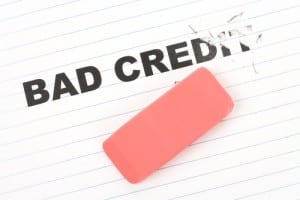 Most people know that their FICO score is the main factor that determines the rates that lenders are willing to offer from mortgage loans to credit card interest rates.

But for some lucky individuals, their credit scores are about to increase. These changes are coming due to the rise in medical related debt. Americans are increasingly struggling with medical related debt and studies show that more than half of collections on credit reports are tied to medical bills.

CreditCards.com senior industry analyst Matt Schulz said, “Medical billing can be pretty confusing. A lot of people have run into situations where they get a bill and are surprised by it, because there are ambiguities with doctors and insurance.”

For these reasons, (FICO), the company that calculates the country’s most widely used credit score, said it will take another look at it’s measures, including giving less weight to debt linked to medical bills. They say they will also stop including records of failures to pay bills if the consumer has settled with a collections agency or paid off their debt.

According to CBS News, here are a few things consumers need to look out for:

1. If you have medical bills in collections, you may see your credit score rise. With the new weighting system, consumers whose only credit blemishes are medical debts will see their scores rise. The median FICO score for consumers in this category will see their numbers rise by 25 points, Fair Isaac said.

2. Paying off a bill in collections now makes sense. With the new system, consumers won’t have to carry the stigma of a bill in collections on their credit report for seven years. That previous system gave conflicting messages to consumers on whether they should pay off the debt, notes Magnify Money chief executive Nick Clements. Now, people will be rewarded for settling the outstanding debt.

3. Some consumers may now receive better loan rates. For consumers whose credit problems are linked to medical bills or lingering black marks from past collections that are now paid off, a rise in their FICO scores may help them secure better loan rates. For instance, consumers with scores above 760 points may receive a 30-year mortgage loan at 3.823 percent. For people with scores at 700 to 759, that jumps to 4.045 percent, according to FICO.

4. The new credit score system will take a while to implement. That’s because lenders don’t all upgrade to the new FICO system at the same time, Schulz notes. It’s similar to businesses deciding whether or not to upgrade to a new version of Windows. Banks also will spend time analyzing the impact of the re-calibration, notes Clements. Across the board, it could take more than a year for changes to trickle down to consumers.