Credit Unions – The Small Business Lenders of the Future? 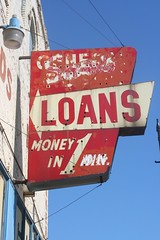 As banks are retrenching by cutting down on the number of Small Business Loans and making changes to the existing loans and lines of credit, Credit Unions may be coming into their own as Small Business lenders.

But, before we launch into an exploration of how this phenomenon is coming to pass, let’s take a peek at the make-up of credit unions and why they haven’t been major players in the SBA loan playing field until more recently.

First, let’s establish the main differences between banks and credit unions. Banks are owned by shareholders or investors, while credit unions are nonprofit cooperatives owned by their members. Customers must qualify for membership for credit unions through residency or other requirements. Credit unions are also exempt from federal income tax. Traditionally, credit unions have catered to their members with home and car loans and great customer service, but not, till more recently, with SBA loans.

The main problem for credit unions as SBA lenders is that, as part of a trade-off in a 1998 federal law that made it easier for people to qualify to join credit unions, Congress capped the total small-business lending they can do to roughly 12.25 percent of their assets. Many credit unions are now pushing the upper limits of same and are awaiting the results of bills pending in both the House and Senate to raise the cap to 27.5% of their assets. 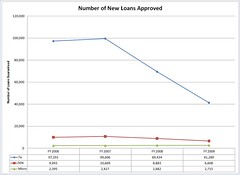 Banks are vigorously opposed to the lifting of the cap because they feel that they are at a disadvantage to credit unions, which don’t have to pay federal taxes or are not subject to certain regulations.

The banks are concerned that they will be losing business to the credit unions even as they are cutting back on their Small Business lending. On the other hand, credit unions don’t feel like they are stealing business from the banks, but are underwriting loans the banks turned down.

More recently as banks have either divested themselves of loans or modified them, the credit unions have stepped up to the plate to take over where banks have left off. If the new bills pending in both House and Senate pass, and the lending cap is raised to 27.5% of their assets, Credit Unions are very likely to offer SBA loans to an even greater number of needy merchants.

There is a caveat in all this, though! This is not a free pass to unlimited funds. Credit unions are also very credit conscious. Being a member of a credit union is definitely a plus when it comes to getting a loan (you have to be a member), as the CU will bend over backwards for its members. Remember, though, that all the other customers are also members and the institution must look after their best interests as well. The credit union will do its best to extend credit, but not to the detriment of the other patrons (members).

The bottom line is that there could be a lot more money available to small businesses in the not-so-distant future, through the Credit Unions, but there still will be restrictions on these funds based on creditworthiness. For those of you who do not have stellar credit, there are alternate funding solutions.